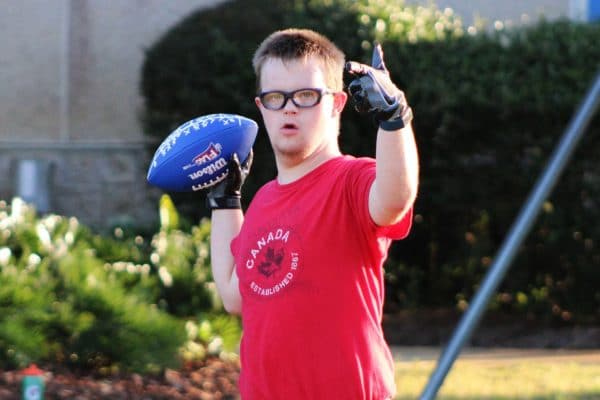 Dozens of football players are preparing for this weekend’s Florida Special Olympics Flag Football Championship being held at Embry Riddle University in Daytona Beach.
Three teams made up of NFSSE Secondary and Transition students travel to the Fall Classic to compete against teams from across Florida. For Special Olympics Director and Coach Angela Fountain, success is not measured in wins. “I’ve seen the friendships and camaraderie develop this season, and I actually enjoy these Tuesday night practices more than anything,” says Fountain who joins the players in scrimmages. “There’s a lot of lessons outside the classroom here. The teamwork I see and growth in their personalities has been cool to see.”
The obvious differences in the game are that there are no tackles, flags are used, the field is shorter, there are no run zones that make the game fun and avoid contact. The teams competing are Senior Team Level 4 made up of Secondary students 9/10, Masters Level 4 that is made up of Transition students, and Masters Level 2 which is one of the most competitive leagues in Special Olympics. Fountain adds that because the season was cancelled due to Covid last year, the players are really looking forward to the travel and games. Go Eagles! 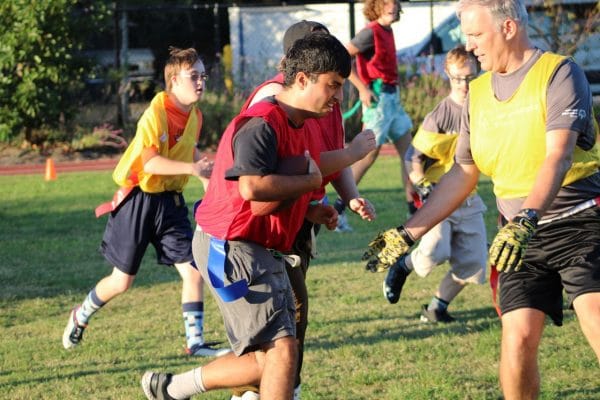 Jack rushes for a touchdown during scrimmage

Click here to watch a preview of the teams during their last practice Tuesday.